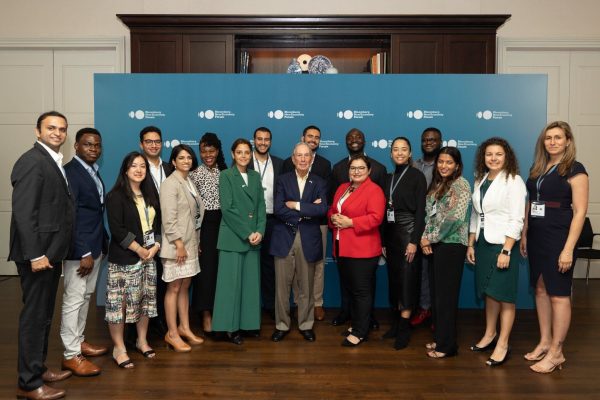 As a part of the Bloomberg New Economy Catalyst, our co-Founder CEO Devendra Gupta attended the New Economy Forum organized by Bloomberg with the mission of Boosting Indian Agriculture with Clean Energy Refrigeration from 15-17 November in Singapore. He also had the opportunity to interact with Mr. Boris Johnson, Finance minister of Singapore and Mr. Michael Bloomberg at the forum.

About Bloomberg New Economy Forum and the Catalysts

Bloomberg New Economy Catalysts, a global network of innovators, thinkers, scientists, policymakers, and entrepreneurs, was founded in 2021 and is dramatically transforming the new economy. A more fair and sustainable global economy is being built in real time by catalysts, who are at the cutting edge of technology and policy and who are working across national boundaries to reform business and government.

Each year, Bloomberg New Economy honors Catalysts for their work in six areas of innovation that reflect the most hotly debated issues, rising trends, and ground-breaking discoveries on the international agenda.

Who do they look for?

Bloomberg searches for visionaries at every stage of their careers, including unicorns and promising start-ups as well as policymakers and opinion leaders who are shaping the global dialogue. The Catalyst group is distinctive in that it unites those creating our world today with those who will create it in the future. Their editorial staff assesses and chooses each Catalyst based on their accomplishments in:

Benefits of being a Catalyst